History detectives at Alnwick Castle have been left scratching their heads by a 250-year-old riddle, unearthed when Durham’s Freemen dusted off their ancient guild records.

History detectives at Alnwick Castle have been left scratching their heads by a 250-year-old riddle, unearthed when Durham’s Freemen dusted off their ancient guild records.

Among archives covering the mid-18th to 19th centuries was an unexplained puzzle in the annals of the Butchers’ and Fleshers’ Guild – this year marking the 500th anniversary of the granting of its charter. The Durham searchers discovered three successive Dukes of Northumberland were members of the guild but found no clue to suggest why the aristocrats were first honoured with the freedom of the city.

An appeal to archivists at Alnwick Castle to help find an answer produced two promising links between the family and the city – the names of two men called Lambert and Bell.

A castle spokesman explained: “The 1stDuke’s admission document included an image signed ‘J. Lambert’ a draughtsman and a known associate of John Bell, a Durham City-based architect employed by the Duke.”

John Booth, former Warden of the Butchers and currently leader of the Barbers’ Guild, said: “Our follow-up established Mr Bell was a highly regarded regional architect with “a great knowledge” of Gothic architecture. He was professionally associated with James Paine, a fellow architect of nationwide repute involved in wide-ranging restoration projects on stately homes across the country, including Alnwick Castle’s Keep.”

Mr Bell lived in the city’s North Bailey and in 1784 was buried in the church of St Mary-le-Bow, just yards from his home. As a prominent citizen he would almost certainly have been an acquaintance of key freemen and, given his calling, particularly the senior craftsmen of the Masons’ Guild.

“Beyond that we have been unable to unearth any hard evidence linking the two men to the guilds or provide a credible reason for the dukes’ involvement in city’s day-to-day commercial affairs,” added Mr Booth.

The freemen’s own written records provide the first clue, an entry on the Butchers’ Guild membership roll from the 1760s referring to the Percy family. It was in the middle of that decade the then Earl of Northumberland, Hugh Percy, was elevated to 1stDuke, the title restored by Parliamentary decree and supported by the Crown.

But, despite the pointer provided by the membership roll it was not until 1781 that Alnwick’s records confirm the Duke’s formal admission to the guild. A little over a year later his son, also called Hugh, followed in his father’s footsteps, qualifying for entry to the guild under “right of patrimony” rules.

Durham’s own journals reveal the 2ndDuke went on to be elected head warden eleven years later and then steward at the turn of the 19thcentury. And his benevolence early in his membership gave the guild a particular reason to rejoice.

He gifted the Butchers twenty guineas to buy replacements for three silver tankards and three silver cups – known as the bull, cow and calf – which had been sold off in 1771. The entire collection of plate weighed more than six pounds and its loss, forced on the company to meet mounting bills including a hefty £20 legal fee, left them “greatly disturbed.”

The Butchers marked the vital contribution by adding the Percy coat-of-arms to the new silverware.

“The 1stDuke was a key figure at the highest level of Government and at that time the freemen were among the few sections of the populace allowed to vote. While they shared the same general political ideals of the time we could find no evidence it was politics which brought them together,” added Mr Booth

The 2ndDuke’s eldest son, also christened Hugh, maintained the tradition in October, 1807 when he too, as the first son of an existing member, qualified for admission. He also mirrored his father’s philanthropy, opting to make an annual donation of £5 to help keep running costs on an even footing.

By 1841 his annual pledge was still being used to help meet the guild’s yearly expenses, with the added condition any remaining monies should be distributed to “the poor of the trade.” The 3rdDuke’s final contribution was received in 1846, a year before his death, when the title passed to his younger brother, Algernon.

The 4thDuke joined the Royal Navy as a midshipman when he was just 12, saw action in the Napoleonic Wars and was a captain by the time he was 22. Perhaps his long and successful naval career might explain why he had steered away from the family’s long link with the city by the time, in middle age and after the death of his childless brother, he assumed the title.

For most of his life Algernon, as second son, was known as Lord Prudhoe and his close friendship with the Arctic explorer, Sir John Franklin, resulted in a bay on Alaska’s north coast being named after him. His promotion to admiral and subsequent appointment as First Sea Lord made him an obvious choice to lead moves to found the Royal National Lifeboat Institution in 1854.

Three years earlier he had offered a £200 prize in a competition to create a self-righting lifeboat and the winning design was subsequently adopted by the newly-formed RNLI as the standard model for its fleet.

Building work on Alnwick Castle had started at the end of the 11thcentury – three years after Durham Cathedral’s foundations were laid - and since the early 1300s the castle has remained in the ownership of the Percy family, currently headed by the 12thDuke, Ralph. In modern times the castle’s striking image has been used as a backdrop by Hollywood film producers and TV programme makers.

Alnwick’s Freemen were granted their first charter in 1157 and later enlarged in 1290. In the mid-18thcentury they and the first duke were caught up in a long-running lawsuit over ownership of a swathe of moorland outside the town. The final settlement provided the freemen some rights to the disputed land and to this day they continue to enjoy their long and amicable relationship with the Percy estate. 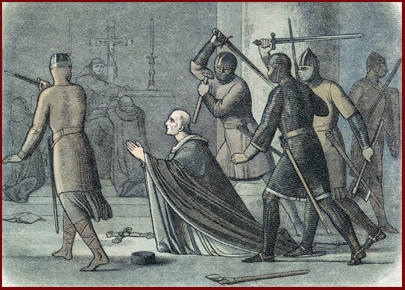 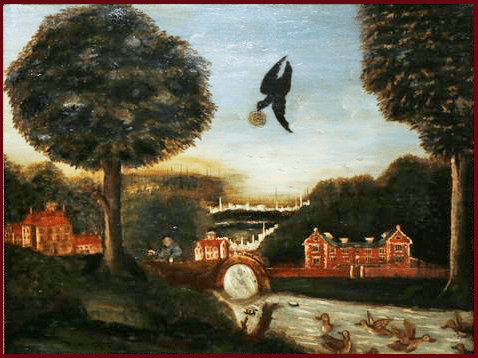