He began life in Durham as a butcher’s apprentice. Initially no one would employ him because he could not give any details of his place of birth (it is believed that he was a Yorkshireman). He came to the city of Durham, to be a butcher’s apprentice and even this humble situation, he seem to be the denied; for there is an order in one of the old books of the Incorporated Company of Butchers of the City of Durham, to the following effect:- "Md. (Memorandum) that on Tuesday the 12th January, 1656-1657 being one of the quarter meetinge daye, Robert Blunt and Clement Ladler, wardens of this Company of Butchers, gave John Heslopp warning that from henceforth hee forbear to sett John Ducke on work in the trade of butcher upon payne default 39s,11d."

Previous to this, however, he had married his master’s daughter. In the parish register of St. Nicholas church in the City of Durham, among the marriages, dated 30 July, 1665, the entry –"John Duck and Ann Heslopp, both of this parish of St. Nicholas in Durham".

The legend is that his fortune is said to have been founded after he had been cast out by the Guild of Butchers and was walking dejectedly by the River Wear when a raven dropped from its bill a gold coin (sometimes called a golden Jacobus crown) at the young John Duck’s feet.

A painting depicting the legend believed to date from the 17th Century was discovered concealed behind wood paneling over a fireplace in Luke’s café at the top of Silver Street, on the left hand side as you entered the marketplace, that was the former home (mansion) of John Duck.

Jack Luke ran the café, based in John Duck’s former mansion in Silver Street from 1943-63. It was part of a family business which also included bakery shops and a restaurant.

The Silver Street house was demolished in 1963 and the painting was found concealed behind wood panelling over the fireplace. The fascinating painting shows the raven with the coin and John Duck by the river, with his mansions in the background.

John Duck as a butcher certainly rose to the top of his trade and subsequently became a very successful businessman with fortunate investments, in houses, land and collieries, and rising to become the wealthiest burgess in Durham to be numbered among the landed proprietors of the County of Durham.

In 1680 he served the office of Mayor of the City of Durham. The same year the rejected apprentice of 1656-7 received the freedom of the Butcher’s Company. The record of his admission to the Company is not dated, but it was in the period of 1680-1681 and is to the following "John Duck, esq., Mayor of the city of Durham, is admitted with the consent of the Company a freeman of the Fraternity of Butchers, and have paid for such his said admission 13s. 4d". Through marriage he also acquired the estate of Haswell. For loyalty to the Jacobean Government he was rewarded with a Baronet in 1687 and awarded the prefix of Sir (John Duck of Haswell on the Hill).

He died on 26th August 1691 aged 59, and was buried in the middle aisle of the chancel of St Margaret’s church, Crossgate, Durham City. 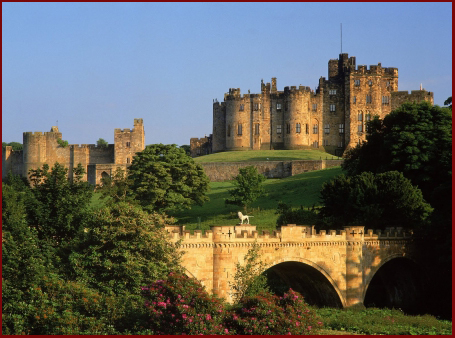